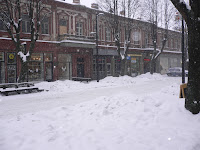 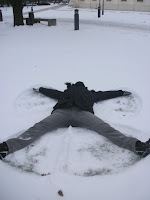 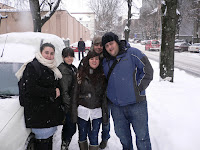 Is this the image of Israel that you want to export?  ;-) Where is Telavin?

Kike and I went to speak with the boxer. He didn't want to speak in english (we are quite sure that he understands english)
He told us that he smoked, and didn't remember anything... (sorry but i don't believe it) We explained the things that happened yesterday can't happen again. "Never again"
It looks like everything is fine. I hope so...
Kisses and hugs
Por Bure 1 comentario:

Hello to everyone. This is the first post in English. Why? I need to improve my writing English. And is also good for all of you ;-)
It is 1:32. I am at the flat of four Spanish girls (hello Almu). And no, we aren't making an orgy. The story...
One hour and a half ago, Almu called me because there was a drunk in their door. I told her to keep calm. The best solution was to wait, and he would probably get tired and everything would be all fine. But no.
Half and hour later, she called me again. The drunk was still there. I spoke with Toni (my flatmate) and we came here (we are still here)
There was a drunk at their door (it was true), but when he listened that somebody came, he went to his flat.
Here we were. Toni, the four girls and me.
But the drunk started knocking at the door again. We had a discussion about what to do. We are in a foreign country, he was drunk, and we decided to do... nothing. He knocked the door, and after this he went to his flat. One, two... my patience was close to the end. I opened the door to see what was the problem, and he went again to his apartment. And he went out with a boxing gloves. Are we crazy?
If this situation happens in Madrid, i would have gone and i would hit him and later call the police. But here... everything is more complicated when you are abroad .
We waited for a while, and finally the drunk boxer got tired, he went to sleep and here we are.
Tomorrow we will go to speak with him (trying to speak with him today didn't have sense because if we had opened the door, the only solution was fight)
Another weird story of this country (stupid decoder of...)
It will continue...
Por Bure No hay comentarios: 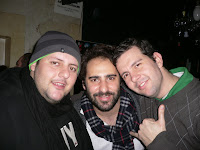 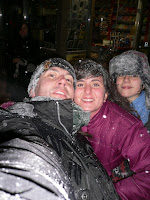 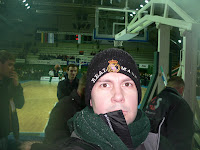 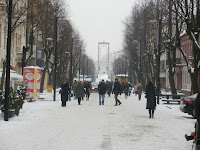 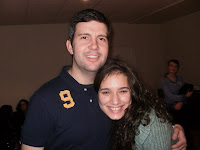 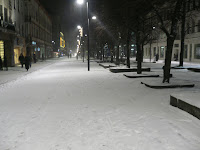